Sound and the Conversion of Space in Early Modern Germany. 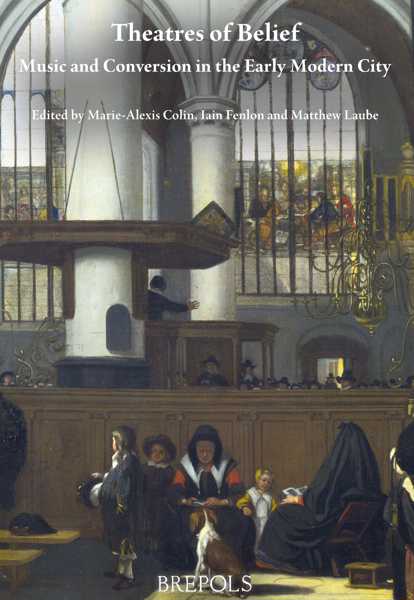 Sumary (from www.brepols.net): These eleven essays, all centrally concerned with the intimate relationship between sound, religion, and society in the early modern world, present a sequence of test cases located in a wide variety of urban environments in Europe and the Americas. Written by an international cast of acclaimed historians and musicologists, they explore in depth the interrelated notions of conversion and confessionalisation in the shared belief that the early modern city was neither socially static nor religiously uniform. With its examples drawn from the Holy Roman Empire and the Southern Netherlands, the pluri-religious Mediterranean, and the colonial Americas both North and South, this book takes discussion of the urban soundscape, so often discussed in purely traditional terms of European institutional histories, to a new level of engagement with the concept of a totally immersive acoustic environment as conceptualised by R. Murray Schafer. From the Protestants of Douai, a bastion of the Catholic Reformation, to the bi-confessional city of Augsburg and seventeenth-century Farmington in Connecticut, where the indigenous Indian population fashioned a separate Christian entity, the intertwined religious, musical, and emotional lives of specifically grounded communities of early modern men and women are here vividly brought to life.